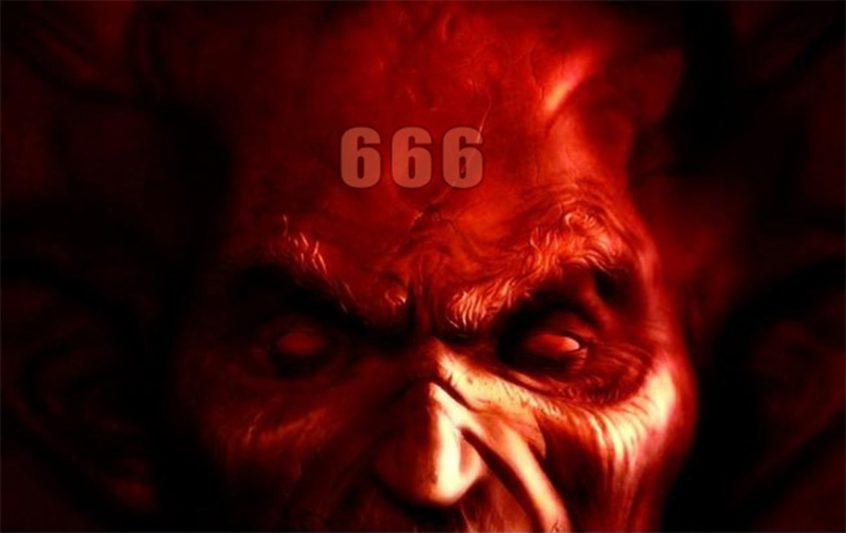 Are we in the last days, What about Christ The Messiah the Judge of the world, What about the Beast and The False Prophet. These questions and many others are hitting our mind tremendously especially nowadays much more than any other time.

The Holy Bible is the only book that reveals to us past revelations such as the creation of heavens and earth and everything in them, and what happened from the creation of Adam to the present time.

The Bible is also the only book that reveals present revelations about what we are able to understand., live and accomplish in our life on earth, and about the plan and the meaning of our being in this life. It is also the only book that reveals future revelations about the destiny of the world and the creation through numerous prophecies some of them have been fulfilled throughout the history and others are yet to be fulfilled.

Through this tract we are going to discuss some of the incidents prophesied In the Bible, some of them are happening even now and others will happen in the near future.

Where are we from the last days?

The Bible says: “But the day of the Lord (The judgment day) will come like a thief The heavens will disappear with a roar, the elements will he destroyed by fire, and the earth and everything in it will be laid bare” (II Peter 3: 10 12). The real current events in the world are proving that, and we have to discern the tunes and dates in which we are living although it is not for us to know the times and dates the Father has set by his own authority.

The Holy Bible reports that The Lord Jesus Christ will come a second time to reward the believers but shortly before his second coming, will appear a person that would master and rule the whole world and his coming will be in accordance with the work of Satan. He is called “The Beast”, according to the scriptures, and he will force the whole world to receive “The Beast Mark” on the right hand or on the forehead.

Notice that people today more than any other time adult and youngsters are piercing their noses, their eyelids, their tongues, their eyebrows, their navels, and other parts of their body. Truthfully we are living in an era where Human bodies are pieced and stamped with “Tattoos” which is as if the whole world is being prepared to receive the forced mark of the Beast during the time of “The big tribulation” when every person will be forced to receive on the right hand or on the forehead the number of the Beast’s name which is 666. So that no one could buy or sell or do anything without The Mark. Also notice that the devil’s worshippers all around the world, and they are numerous in these days, are been using this number as a Tattoo or as a slogan on their clothing, to fulfill what God had prophesied 2000 years ago through His Holy Words.

The Scriptures talks also about a united government that would be ordained in the last days, ruled by a dictator called by several names such as The Beast, Die Man of sin, The Antichrist, The False Messiah, The One who opposes.

Here are some answered questions …

What does the number of the BEAST 6 means

The alphabetic letters of both two languages Greek and Hebrew (the two original languages with which the Bible is written) every letter in them has a number value, but this number value differs from letter to another, which is not the case for the English language.

The ERA of the Computer

The scientific advancement such as in the area of the computer and all these fast wireless communications are now proving the possibility of controlling the whole world through things like credit cards, debts, the economy in general and the finance of the world like during the time of Joseph when he helped Pharaoh to be in charge and to rule over everything even people reached a point where they had to sell themselves and their own land order to buy the wheat and live.

Why would God allow the Antichrist to be revealed?

Such an awesome questions is been answered already in the Bible. God’s law is to send the work of truth to the whole world through divers manners and various ways, at many times through the prophets and in these last days through the coming of the Lord Jesus Christ for the redemption of the whole creation.

But because the creation neither believed nor accepted the love of the truth God will send them a powerful delusion so that they will believe the lie and will be condemned. The Bible says regarding that matter:

“The wrath of God is being revealed from heaven against all the godlessness and wickedness of men who suppress the truth by their wickedness, since “at may be known about God is plain to them because God has made it plain to them … For although they knew God they neither glorified him as God nor gave thanks to him but their thinking became futile and their foolish beam darkened Although they claimed to he wise, they became fools … They exchanged the truth of God for a lie and worshipped and served created things rather than the creator. Furthermore, since they did not think it worthwhile to retain the knowledge of God, he gave them ever to a depraved mind … ” (Romans 1:18-28)

The deposit of the eternal Torment

Jesus Christ is offering you now his love and mercy as a deposit to his love in order to take you with him to his glory in heavens. He doesn’t want you to be eternally tormented, but because he is also just, he consequently cannot deal with the human wickedness. That’s why he is giving to the whole wicked world the deposit of the eternal torment (Judgment) as an example to the eternal torment given after death in the judgment day.

St PierreIn the year 1902, darkness covered the whole Island of St. Pierre near the USA as God caused fire and burning sulfur to rain over it, 30,000 souls were pronounced dead in a matter of half an hour, just as a deposit to the real judgment. Those burned souls will face the real judgment which is fire that is not quenched and worm that does not die there will be weeping and gnashing of teeth.

Also in the sum year 1902, the city of Monte Pellier was literally turned upside down by an earthquake, 400 thousands souls were buried alive. In the year 1908, the whole beautiful city of Marseilles completely collapsed under a tremendous earthquake that caused 48 thousand people to be buried alive, this disastrous incidents came as an answer to the citizens of that city who in there challenge to God wrote in their paper asking:” If you exist answer with an earthquake”, and it happened in a matter of three hours as God did answer their pledge by that earthquake, causing 84 thousand souls to die.

If this is only a deposit of the judgment … we wonder how the real judgment would be?

Unless you repent, You too will all perish

Now some people told the Lord Jesus Christ about the Galileans whose blood Pilate had mixed with their sacrifices, and about the eighteen people who died when the tower in Siloam fell on them, but the Lord Jesus told them:

“Do you think they were more guilty than all the others living in Jerusalem? I tell you, no! Bid unless you repent, you too will all perish” (Luke 13: 1 5)

The Holy Bible sap: “In the Lao days scoffers will come, scoffing and following their own evil desires. They will say, “is this “coming” he promised? Ever since our fathers died, everything goes on as it has since the beginning of” (2 Peters 3: 3,4)

The whole world is dreaming in search of peace and security under the shadow of advancement and prosperity, people of the world are actually mocking and scoffing God and his works, simply because their peace depends on their intelligence and their capabilities, and while they’re saying peace and safety, destruction will come on them suddenly, as labor pains on a pregnant woman, and they will not escape. That’s what God has revealed: “There is no peace “says my wicked.” (Isaiah 57) That would be fie condition whole world, at fie second coming of” I Lord Jesus Christ: (12 Thessalonians 1:7,8)

Now, You need to know these facts:

You are a sinner like all the other people because you have inherited the sin of our father Adam and also because you’ve sinned a lot (Rom. 3:11 12; Isaiah 53:6).

Since you are a sinner you are going to perish as the judgment and the wages of sin according to God’s word is eternal death and suffering in a fire that is not quenched and worm that does not die. (Romans 6:23; Rev. 21:8)

Since you are going to perish you need a savior and because God is fully and absolutely just, you need somebody to pay the price of your iniquities (to sponsor you) and only Jesus did that by his death on the cross.

And now the m after is extremely easy just do your part nothing could be accomplished unless you start the first step. You have to start by a wholeheartedly decision to believe that Jesus died and rose from the dead in the third day as it is written in the scriptures. And that He is the living Christ who did bear your iniquities, your diseases and curses on the cross as an offering sacrifice instead of you, and he rose to give you a victorious life.

OUR HEAVENLY FATHER I come to you with all my sins I confess I am a sinner I have done what is evil in your sight and you did put up with my wickedness I come back to you and repent with all my heart. LORD JESUS I come to you my redeemer who died for me on the cross have control of my life Lord and accept me as your son. HOLY GHOST Fill me now Oh Spirit of strength and love so that I may hate the world and love the Heavenly Father. MY GOD I love you and follow you change me oh Lord for I have put my trust in you In Jesus name and in the full intercession I trust that you did heard and did answer my prayers Amen.